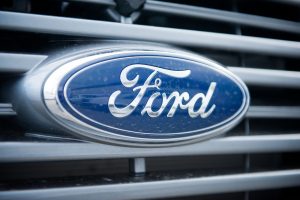 American automaker Ford has announced that it will be laying off thousands of workers in an effort cut costs and remain competitive in the marketplace. As Fortune magazine reports, the company isn’t doing so hot this year. Not only is its stock down by 29 percent, but retaliatory tariffs from China have reportedly cost the company $1 billion.

As a result, Ford CEO Jim Hackett has instituted a $25.5 billion financial restructuring plan. Part of that plan involves laying off workers in an effort to save money. How many? According to Morgan Stanley, approximately 12 percent of its global workforce—or 24,000 jobs.

Worse yet, Hackett said that if the U.S. and China don’t reach an agreement soon, there will be “more damage” in the future. 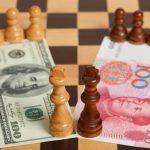 On July 6, 2018, China’s Ministry of Commerce accused the U.S. of launching “the largest trade war in economic history.” But according to The Washington Post, that simply isn’t true.

The largest trade war in history began in June of 1930, when President Herbert Hoover signed the Smoot-Hawley Act. This law hiked tariffs on hundreds of goods. As a result, the average U.S. tariff soared to over 45 percent. Many countries retaliated with their own tariffs, causing world trade to decrease substantially. Most economists agree that this ultimately made the Great Depression worse.

“The metals tariffs took about $1 billion in profit from us, and the irony is we source most of that in the U.S. today anyways,” Hackett told Bloomberg. “If it goes on longer, there will be more damage.”

According to Fortune, the layoffs are not expected to happen until early next year. However, on Oct. 9, The Kansas City Star reported that Ford stalled production of transit vans in Claycomo, MO. While the decision is temporary, it will leave 2,000 workers idle between Oct. 22 and Nov. 4.