Trump Administration Wants to Crack Down on Protests 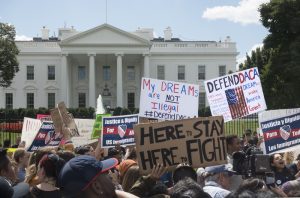 The Trump administration has proposed a new rule that would severely limit the number of protests that can take place in Washington, D.C. According to Newsweek, the public would be banned from gathering along the north sidewalk of the White House and at the National Mall—the historic site of Dr. Martin Luther King’s “I have a dream” speech.

If the Trump administration has its way, the National Park Service would be allowed to charge “event management” fees for protesting in these areas. Some experts have likened it to a “protest tax,” and warn that it is nothing more than a covert form of censorship.

“Grassroots organizers are already working on really small budgets,” said Celina Su, a political science professor at the City University of New York. “They’re already a little worried about being censored by foundations or larger groups. We don’t want our speech to be dictated by who has more money.” 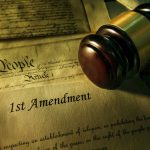 The Constitution protects the public’s right to peaceably assemble. The First Amendment reads as follows:

“Congress shall make no law respecting an establishment of religion, or prohibiting the free exercise thereof; or abridging the freedom of speech, or of the press; or the right of the people peaceably to assemble, and to petition the Government for a redress of grievances.”

The public has until Monday, Oct. 15, to provide feedback on the proposal. Dr. Julia Hellwege, an assistant professor of political science at the University of South Dakota, says that if the proposal goes through, it could mark a major turning point in American democracy.

“Arguably, democracy exists on a spectrum, and when governments attempt to (or do) limit civil liberties, such as the freedom to assembly, this does have a negative impact on the level of democracy,” Dr. Hellwege explained. “Many authoritarian regimes start as democracies, some turn authoritarian by making institutional changes (such as limiting elections) and some become authoritarian by limiting civil liberties, such as the freedom of speech, press, petition, and assembly.”