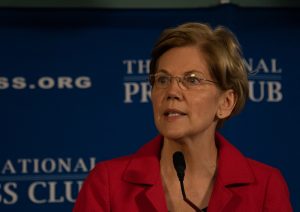 The DNA test results are in: Senator Elizabeth Warren is part Native American.

President Trump, who has repeatedly accused Warren of lying about her ancestry, once promised to give $1 million to a charity of her choice if she took a DNA test and proved her heritage.

“I will give you a million dollars, paid for by Trump, to your favorite charity if you take the test and it shows you’re an Indian,” the president said during a rally that took place this past July. “We’ll see what she does. I have a feeling she will say no but we will hold it for the debates.”

Now, the president is reneging on that offer by denying he ever said that.

Civics Lesson: How Germs Nearly Wiped Out an Entire Population 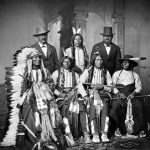 According to pbs.org, viruses brought over by European settlers—including smallpox, measles, and the common flu—killed 90 percent of Native Americans.

“Who cares?” Trump said when pressed about the DNA test. When asked about his $1 million charity pledge, Trump responded: “I didn’t say that. You better read it again.”

But there’s no need to “read it again,” because video evidence proves that the president did, in fact, say that. Now, Warren is calling on the president to make good on his promise.

“NIWRC is a nonprofit working to protect Native women from violence,” Warren said, indicating the National Indigenous Women’s Resource Center. “More than half of all Native women have experienced sexual violence, and the majority of violent crimes against Native Americans are perpetrated by non-Natives. Send them your $1M check.”

Given the president’s indifference, it’s unlikely that he will stay true to his word—let alone apologize for calling the senator “Pocahontas.”