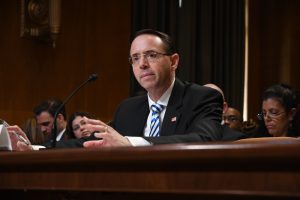 President Donald Trump and Deputy Attorney General Rod Rosenstein don’t see eye-to-eye when it comes to the Russia investigation. In a recent interview with the Wall Street Journal, Rosenstein defended the probe as “appropriate and independent,” a message that is at odds with the president’s description of it being a “witch hunt.”

“People are entitled to be frustrated, I can accept that,” Rosenstein said, acknowledging critics. “But at the end of the day, the public will have confidence that the cases we brought were warranted by the evidence, and that it was an appropriate use of resources.”

Thus far, more than 24 Russian nationals have been charged with interfering in the 2016 U.S. election—a fact that Rosenstein is more than aware of. 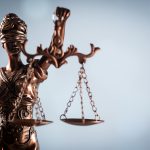 Due process refers to the judicial system’s requirement to treat all parties involved in a legal dispute fairly, which means listening to and considering arguments made by both the plaintiff and the defense. Due process is a Constitutional right outlined in the Fifth and Fourteenth Amendments.

“I committed I would ensure the investigation was appropriate and independent and reached the right result, whatever it may be,” Rosenstein said, referring to promises he made during his confirmation hearing. “I believe I have been faithful to that.”

Last month, there was widespread speculation that Rosenstein would be fired, following an explosive report that he discussed secretly recording President Trump and conspiring with other cabinet members to remove him from office. Rosenstein adamantly denied those allegations.

The fact that Rosenstein hasn’t been fired suggests that he and the president have at least a somewhat stable relationship. However, some analysts predict that Washington leaders are waiting until the midterms are over to oust Rosenstein and replace him with someone more sympathetic to the president’s cause.