Three Women May Be Running for President in 2020 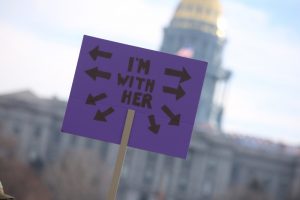 Although the next U.S. presidential election is over two years away, there’s already plenty of talk about potential candidates. Analysts have pinpointed three prominent female Democrats that are expected to make a run for it in 2020: Senator Kamala Harris of California, Senator Elizabeth Warren of Massachusetts, and Senator Kirsten Gillibrand of New York.

Although some voters might be hesitant to endorse a female candidate after Hillary Clinton’s loss in 2016, political pundits say a lot has changed in the short amount of time since then. The #MeToo movement, for example, has galvanized throngs of women who previously felt disempowered and apathetic. The appointment of Justice Kavanaugh, though ultimately a win for the GOP, further contributed to this trend; more women than ever before are taking action.

According to Politico, this year has seen a record-breaking number of female candidates running for office. What’s more is that this trend has shown no signs of slowing down. 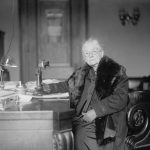 The first woman to serve in the U.S. Senate was Rebecca Latimer Felton (D-GA). She took the oath of office on November 21, 1922. Although she only served for 24 hours while the Senate was in session, her appointment was nevertheless a symbolic moment in American history.

If these past two years have proved anything, it’s that gender plays a much bigger role in politics than ever thought before. A recent poll conducted by the Pew Research Center reveals that women disapprove of President Trump’s job performance by a 2 to 1 ratio, while men are torn down the middle.

Why does this matter? Statistics like these can help predict the outcome of future elections. In the 2016 U.S. election, for example, women accounted for 53 percent of all voters. The future is quite literally female.