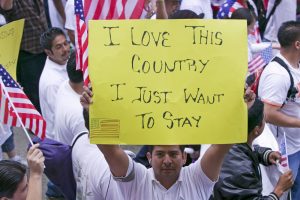 Thousands of destitute South Americans are traveling to the U.S. on foot in what the mainstream media has dubbed a “migrant caravan.”

But what would normally be seen as an inspiring story has taken a dark turn. As BBC reports, immigration opponents are spreading misinformation about the caravan in the hopes of manipulating the American public.

On Monday, Donald Trump claimed that “unknown Middle Easterners” were “mixed in” with the travelers. However, he later confessed that he didn’t have any evidence to support that assertion.

“There’s no proof of anything. But there could very well be,” he said.

Civics Lesson: Do Illegal Immigrants Have a Right to Due Process? 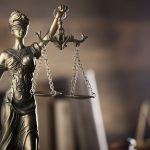 Yes. American courts have repeatedly ruled that the right to due process applies to anyone on U.S. soil, regardless of whether they arrived legally or not. Although undocumented workers don’t have the right to vote or own firearms, the courts have ruled that while they are within the borders of the U.S., they have all the other fundamental, inalienable rights granted to all Americans by the Constitution and the Bill of Rights.

“We have been here embedded with the migrants,” Gutman tweeted. “Have not seen or heard about a single Middle Easterner. I spent seven+ years in the Middle East, and speak a little Arabic, would likely pick up on it.”

Even Republican Senator Jeff Flake acknowledged that the rumor has no merit. When CNN’s Jake Tapper asked if he knew what Trump was referring to in regards to “unknown Middle Easterners” in the caravan, Flake responded, “No. That’s long been a canard and a fear tactic.”

Another rumor that is circulating online suggests that Democrats funded the caravan. But as BBC reporter Aleem Maqbool points out, many of the migrants don’t even understand the political divide in the U.S.

“No, this is not about politics,” a female migrant told Maqbool. “This is about wanting a better life.”