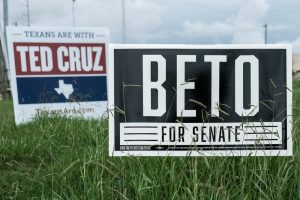 Voters in Texas are crying foul over an alleged glitch in the state’s electronic voting system.

“We have heard from a number of people voting on Hart eSlate machines that when they voted straight ticket, it appeared to them that the machine had changed one or more of their selections to a candidate from a different party,” said Keith Ingram, director of the Texas secretary of state’s elections division.

Both Democratic and Republican voters have reported the issue.

According to the Associated Press, the machines are used in approximately 30 percent of counties statewide. Voters select candidates from a wheel of options and use buttons to navigate between screens. 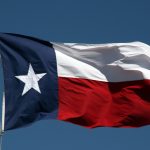 The secretary of state’s office denied that the system is malfunctioning, and instead placed the blame on “user error.”

“The Hart eSlate machines are not malfunctioning, the problems being reported are a result of user error—usually voters hitting a button or using the selection wheel before the screen is finished rendering,” said Sam Taylor, communications director for the secretary of state’s office.

While the machines do not provide receipts, users are allowed to review their ballot and make changes before officially submitting it. That’s how voters discovered that their selections had been switched.

But interestingly enough, the issue is not confined to the state of Texas. According to Verified Voting, similar complaints have cropped up elsewhere in past election cycles. Voters in Indiana, Kentucky, Pennsylvania, Tennessee, and Virginia have made comparable claims about the voting machines used there.