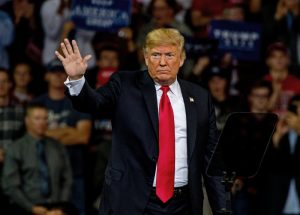 On Tuesday, President Trump sent shockwaves throughout the country when he suggested putting an end to birthright citizenship—a Constitutional right protected by the 14th Amendment.

“We’re the only country in the world where a person comes in and has a baby, and the baby is essentially a citizen of the United States for 85 years, with all of those benefits,” the president told Axios. “It’s ridiculous. It’s ridiculous. And it has to end.”

But that’s not true. According to the Center for Immigration Studies, at least 30 other countries grant automatic birthright citizenship, including Canada and Mexico. 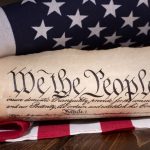 Section one of the 14th Amendment reads as follows:

Nevertheless, the president is preparing an executive order that would abolish the policy—a move that has drawn ire from both sides of the political aisle.

“You obviously cannot do that,” said House Speaker Paul Ryan (R-WI). “I’m a believer in following the plain text of the Constitution, and I think in this case, the 14th Amendment is pretty clear, and that would involve a very, very lengthy constitutional process.”

Sen. Mark Warner (D-VA) reiterated that point, adding that the president is likely only saying this to rile up his fan base ahead of the midterm elections.

“This is simply an attempt for Donald Trump, who wants to do anything possible to bring back fears around immigration, to use that as a political tool in this last week before the election,” said Warner. “This is again, where a President’s words matter. The Constitution is quite clear that no one, including the President of the United States, is above the law.”