Gab: The Online Hate Group the Synagogue Shooter Belonged To 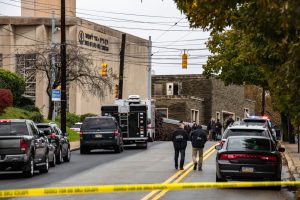 New information has emerged on Robert Bowers—the man accused of slaughtering 11 people at a Jewish synagogue this past Saturday. Of particular note is the fact that he frequented a website called Gab.ai, which The Washington Post described as “an online hub for racists, anti-Semites, and white nationalists.”

A Gab account bearing Bowers’ image and name reveal that he posted several anti-Semitic rants in the months leading up to the shooting. In one post, Bowers referred to Jews as “the children of Satan.” His last post before the shooting read:

“HIAS likes to bring invaders in that kill our people. I can’t sit by and watch my people get slaughtered. Screw your optics, I’m going in.”

HIAS is a nonprofit organization based in Maryland that helps refugees attain safety and freedom.

Civics Lesson: Is Hate Speech Protected Under the First Amendment? 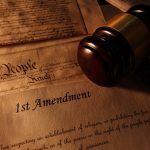 Hate speech—which is defined as racist, sexist, homophobic, or otherwise offensive language aimed at a person’s identity—is for the most part protected under the First Amendment. However, the moment that hate speech is used to make a violent threat it is no longer protected under the Constitution and may result in criminal prosecution.

Andrew Torba, founder of Gab, said he and the site are not to blame for Saturday’s massacre. He claims he is cooperating with federal authorities and has temporarily taken the site down while officials investigate.

“Gab did nothing wrong and has nothing to apologize for,” Torba said. “We proactively and immediately worked with both the FBI and DOJ. I am on three hours sleep because my number one priority, even ahead of getting Gab back online, is helping law enforcement see to it that justice is served for this horrific tragedy.”

Utsav Sanduja, who previously worked as an executive at Gab, said the site was originally meant to be a safe place for freedom of expression—a digital sphere where people could say whatever they wanted without fear of having their account taken down.

“Our mission was very noble from the very beginning: We genuinely believe in free speech. It’s not our fault that… neo-Nazis joined our site,” Sanduja explained. “Gab happened to have these people, they happened to congregate, happened to engage in tomfoolery, and the rest is history.”