GOP Governor: Trump is ‘Outrageous, Disgraceful, and a Divider’ 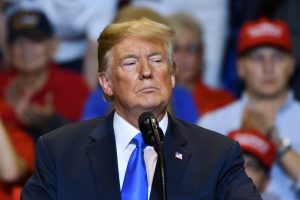 Massachusetts Governor Charlie Baker is the latest Republican to take a verbal swing at President Trump.

The insulting remark was made during last night’s final gubernatorial debate, in which Baker faced off against Democratic rival Jay Gonzalez. Both candidates were asked to describe President Trump using three words.

“Only three?” Baker responded. “Outrageous, disgraceful, and a divider.”

As Politico reports, it was one of only a handful of points that the two contenders could agree on. But unfortunately for Gonzalez, it was not the answer he was looking for. The Democratic challenger spent much of the campaign season trying to associate Baker with Trump due to the fact that both of them are Republicans. It was Gonzalez’s only shot of defeating Baker, who was ranked the most popular governor in the U.S. 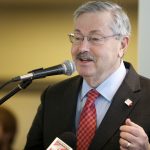 Republican Governor Terry Branstad of Iowa holds the record for longest serving governor in U.S. history. According to Smart Politics, he served a total of 22 years, 4 months, and 13 days.

Baker has made an active effort to distance himself from the president—and for good reason. The state of Massachusetts has the highest Trump disapproval rating in the entire country. It is for that reason that Baker has pushed back on some of Trump’s most controversial views, including health care, Supreme Court Justice Brett Kavanaugh, and family separations at the U.S.-Mexico border.