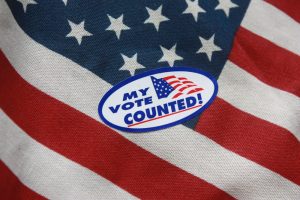 I have only voted three times in my life, in three presidential elections in 2008, 2012, and 2016. And I have never voted in a midterm election. Not only that, but from around the age of 13 or 14, when I became an atheist and adopted a kind of uber-rationalist position on everything until my early 30’s, my behavior may have had the effect of discouraging others from voting. The frequency of my voter suppression techniques varied depending on age, but I was known to sometimes tell people that their vote didn’t matter. After all, no election had ever been decided by one vote.

Fortunately, over the course of the last several years (I’m 36 now), I have changed. That cynical boy’s perspective that if you can’t make a difference yourself, why bother helping out at all, has been replaced by something more mature. I’ve even become something of an advocate for getting involved this election cycle. In fact, I’m featured in a video about the importance of voting that’s part of Meetup’s collaboration with Michelle Obama’s organization, When We All Vote. I organize the Meetup group, The Society for Constitutional Protection.

Given the importance of this midterm election, which I will certainly vote in, I thought it was worth describing for you why my position on this has changed so drastically. Perhaps hearing about my evolution will motivate others, especially young people who are by far the least likely to vote, to go to the polls on November 6th.

Second, we owe it to those who came before us to vote. This is an argument that never used to work on me but that has hit me like a ton of bricks in recent years. I still remember the first presidential elections in South Africa after the end of apartheid, watching seemingly interminable lines of black South Africans voting for the first time. Thinking back on that powerful moment years later helped clarify for me what I was saying to the world, and most importantly to my fellow Americans, by not voting. These black South Africans had sacrificed and struggled so much to gain the opportunity to determine their political destiny. And so have many others from around the world and here at home. Think about our founding generation who bled and died for our independence. Think about about the generations of African-Americans in various forms of bondage and servitude. Think about John Lewis on that bridge in Selma. How can we not vote when others have sacrificed so much for the opportunity?

Third, if we don’t vote, we’re taking our democracy for granted. It’s truly extraordinary that we are living at a time and place when we can determine our political destiny by casting a ballot. Throughout most of history, human beings have settled their conflicts with one another through violence and bloodshed. Furthermore, it’s a relatively new phenomena (with the exception of Ancient Greece and Rome) that people organize themselves in democracies with some degree of popular sovereignty as opposed to oligarchies and autocracies. That we would find ourselves at this moment in history in a country as intensely divided and mired in political dysfunction as this one with the opportunity to determine our collective future by voting as opposed to killing each other is nothing short of an immense privilege—a privilege that’s been passed down to us by generations of Americans who sacrificed to keep us free and our democracy strong.

Fourth, voting is an experience and one that I promise you’ll enjoy. The first time I voted was in 2008 for Barack Obama, and it felt great. I didn’t know what to expect exactly, but what I felt was a real sense of connection. I felt connected to my fellow citizens who were voting that day. I felt connected to my country and its history. For those of you who are big fans of the Olympics and the World Cup because of the collective nature of the experience, voting feels similar, but only better because you’re actually participating.

Fifth, there’s obviously a lot at stake in this election. And my evolution from apathetic voter, at best, to voting advocate is partially a function of that. But even when our country emerges from these dark times, when so much less is at stake, I will still vote. I will vote in local elections. I will vote in midterms. And I will vote in presidential elections. Our political crisis has been a gateway drug to active citizenship for me. I hope it is for you as well. So vote on November 6th. It’s the most reliable way to make sure your voice is heard. 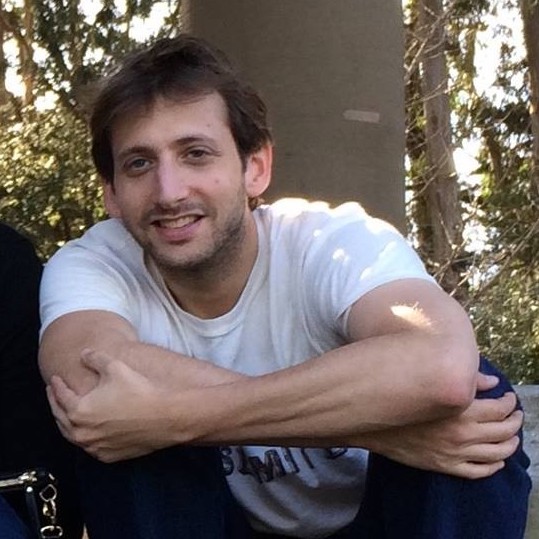 Daniel Miller is a lawyer, writer, and activist in New York. His work has been featured in the Washington Post, Newsweek, Vice, Playboy, and others. His advocacy currently focuses on teaching people about the Constitution, and he founded a civics group after the 2016 presidential election for that purpose. You can find him on Twitter at @DanielMillerEsq, and Facebook, Instagram, and Youtube at Modern Patriotism.