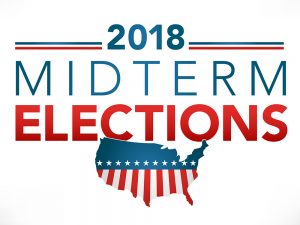 The results of the 2018 U.S. midterm elections are in, and the reaction so far has been mixed. Neither Republicans nor Democrats got exactly what they wanted; there were wins and losses on both sides.

“The contradictory message sent by voters on Tuesday night recalls Clinton’s win in the popular vote but defeat in the Electoral College and underlines the split down the middle of American politics,” writes CNN reporter Stephen Collinson.

In the Texas midterm election, Democratic hopeful Beto O’Rourke lost his bid for Senate to Republican incumbent Ted Cruz. It was one of the most closely watched races in the 2018 midterm election cycle. The loss was devastating for O’Rourke, who raised more money than any other Senate candidate in American history.

With that being said, the significance of Democrats taking control of the House should not be overlooked. Theoretically speaking, the new majority could initiate impeachment proceedings against President Trump should there be sufficient grounds to do so. However, convicting and evicting a president requires a two-thirds majority of the Senate, which is unlikely to happen given that the GOP has maintained control of this sphere.

Nevertheless, Democrats are still reveling in their newfound victory and the power that it brings. Nancy Pelosi, who is slated to become the new House majority leader, said that it will restore “checks and balances” to the White House.

“Today is more than about Democrats and Republicans. It is about restoring the Constitution’s checks and balances to the Trump administration,” said Pelosi.

Democratic Rep. Jerrold Nadler, who will likely lead the House Judiciary Committee, expressed similar sentiment. In an interview with CNN, Nadler said that the election was about holding President Trump accountable.

“He’s going to learn that he’s not above the law,” said Nadler.