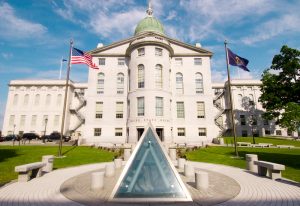 Maine became the first state to use ranked-choice voting to decide a seat in Congress, but the loser has sued because, he says, RCV is unconstitutional. Photo: Shutterstock

The blue wave just got a little bit bigger.

In the nation’s first ranked-choice voting runoff, Democrat Jared Golden defeated Republican incumbent Bruce Poliquin in Maine’s Second District House race. Golden had been about 2,000 votes behind Poliquin, but neither candidate had won more than 50 percent of the vote, and that triggered the ranked-choice runoff.

Civics Lesson: What is Ranked-Choice Voting? 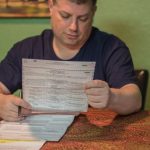 In traditional voting, voters choose one candidate among those on the ballot. In ranked-choice voting, voters fill out their ballots indicating their choices from first to last. A candidate needs to get a majority of the vote—more than 50 percent—instead of simply the most votes. The candidate with the fewest Number 1-ranked votes gets eliminated, and those ballots are credited to the candidates each voter listed as their second choice. The process continues until only one candidate has a majority.

Supporters say that among the benefits of ranked-choice voting are that the system promotes majority support, discourages negative campaigning, minimizes “strategic voting,” provides more choices for voters, and reduces the impact of money on elections. Detractors, on the other hand, say that the process not only violates the Constitution but actually allows extremists to game the system and get elected.

Mainers approved ranked-choice voting with a ballot initiative two years ago. However, Poliquin and three voters in Maine’s 2nd Congressional District challenged the outcome in federal court, saying it violated the U.S. Constitution in multiple ways. One of those claims include that it does not award winners who obtain a plurality—or, the most votes—but rather a majority by allowing voters to rank candidates in order of preference.

Another claim in Poliquin’s lawsuit: it violates the 14th Amendment because voters who pick just one candidate in a race have less say in the outcome than those who rank multiple candidates.

“What bothers me is that we do not know if this vote-counting process is legal under the United States Constitution,” Poliquin said. “My job is to make sure I uphold and defend the Constitution.”

Rob Richie, president of FairVote, a group that advocates ranked-choice voting, says Poliquin’s lawsuit is part of a trend of politicians filing lawsuits when they don’t like election results. “It’s essentially a ratcheting up of sore-loser behavior,” Richie said. “We see nothing in this lawsuit that is going to stick.”

It shouldn’t have been a surprise that Maine would use ranked-choice voting for runoff elections: election officials confirmed months ago that it would be used for congressional races. However, Poliquin didn’t mount his legal challenge until after the election, when it became clear that he would most likely lose the runoff vote.

For his part, Poliquin said he was going to continue with his lawsuit. “It is now officially clear I won the constitutional ‘one-person, one-vote’ first choice election on Election Day that has been used in Maine for more than one hundred years. We will proceed with our constitutional concerns about the rank vote algorithm.”