President Trump Defends Ivanka’s Use of a Private Email Account 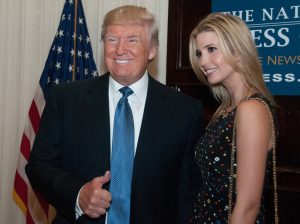 Lock her up? Not so fast.

President Trump appears to be singing a very different tune now that his own daughter has been caught using a private email account to conduct government business. On Monday, The Washington Post reported that Ivanka Trump used her personal account to correspond with White House officials throughout much of 2017—a violation of federal records rules.

“There’s the obvious hypocrisy that her father ran on the misuse of personal email as a central tenet of his campaign,” said Austin Evers, executive director of American Oversight, a liberal watchdog group whose public record requests led to the discovery. “There is no reasonable suggestion that she didn’t know better. Clearly everyone joining the Trump administration should have been on high alert about personal email use.” 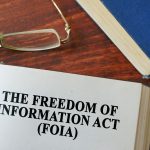 The Freedom of Information Act (FOIA) was enacted on July 4, 1966. However, it didn’t become effective until one year later, on July 4, 1967. According to foia.gov, “Federal agencies are required to disclose any information requested under the FOIA unless it falls under one of nine exemptions which protect interests such as personal privacy, national security, and law enforcement.”

In the midst of this political firestorm, President Trump has taken the unusual step of defending his daughter’s actions, arguing that her use of a private email account differed from that of Hillary Clinton’s.

The president also maintained that Ivanka’s emails complied with record retention laws since she didn’t delete any of them.

According to CNN, the 33,000 emails that Clinton deleted were personal in nature.