A New Digital Contract with America 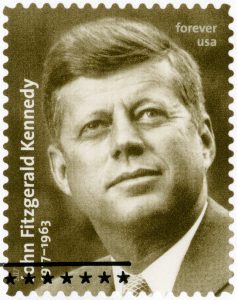 Of course the Green New Deal is audacious and not obviously within reach. That’s the whole point; to create space for ambition, to pull our emotions upwards and force us to feel the future.

A practical and safe proposal has no power here. What’s the point?

Consultants, donors, committee and campaign leaders now have the opportunity to respond with an equivalent effort in digital communications. We are obliged to stretch our own goals to fill out the frame of the larger vision gifted to us by the Green New Deal.

LET’S TALK ABOUT A “NEW DIGITAL CONTRACT WITH AMERICA”

We have to set  a higher, bolder vision to educate and inform the voting public in the United States. For the past 25-years, the right-wing political media establishment has waged war on the American voter, with disinformation and propaganda that has adapted to each new innovation in AI and digital marketing. By and large  there has been no effective counter-response from the Left. As communications professionals, we want to help crystalize the change that needs to happen in online communications, drafting our vision for a more representative democracy in the digital age. Without it, our future is in peril.

Which is exactly what the Green New Deal is about. A recasting of what we are as a nation, and more importantly who we want to be. The magic of the Green New Deal is its ideals are so lofty that by necessity it has to have a multi-year horizon. We cannot answer that with a rehash of short-sighted political campaigns and out-dated techniques. Like The Climate Mobilization from which it sprang, the goal post has moved far out in front of what common sense says is practical, and our gaze must rise to meet it.

As Michelle Goldberg recently recommended in her NY Times Op-ed  Donald Trump Is President and Anything Is Possible”:

“…it seems at least possible that, at this moment of social breakdown and planetary emergency, the calculus of what’s politically feasible could be changing. The electorate certainly is…

ISN’T IT ABOUT TIME WE UPDATED OUR TOOLBOX?

If we reach for the stars, what is possible? We already know how to win. The digital communications playbook has been written, it’s just good advertising!

Look at the conversation of climate change. Too many Americans still do not believe there is a consensus about the reality and dangers of climate change. This is a communications failure. Fossil fuel special interests have been winning that messaging battle for years. And why? Because progressive leadership has not set the bold vision we need to inspire better strategies. Until recently.

How can we help our influential and progressive voices be better leaders? How do we talk about this to the Democratic consultants, donors, vendors, organizations, and candidates?

LET’S GET SPECIFIC ABOUT IT

Think about it, if you are an expert in digital strategy and we ask you to build a shield against propaganda to protect audiences in the U.S. what would you build? You would staff up a room with digital, data and distribution experts and deliver authentic, emotional messaging at the touch points of your target audience; into the newsfeed, the programmatic web placements, the trusted channels of influence and search. You would shove your way to the front of the line, in front of the propagandists and the misinformation. You would strive to educate and inoculate your audience against the firehose of bullshit hitting them. You would bring to life a process like the one shown here.

IT TAKES TIME AND MONEY

The shield against misinformation described in this digital persuasion diagram requires that we get away from short-sighted political campaign traditions. Winning more often will involve a paradigm shift to long-horizon planning and the funding that goes with it. This is a fundamental learning that we need to apply at scale in progressive communications: start sooner, think longer!

It takes a long time to change minds authentically and it is better to spend $1 million per month for 20 months than all $20 million bucks right before the election.

The Green New Deal gives me hope. Maybe we won’t devolve into a ruinous world of dictatorships as the pressures of climate change accelerate. Maybe reason and information will rise up again out of the ashes of Trump’s dumpster fire.

But we have to all get into the game, and this need for proactive, long-horizon, advanced digital communications gets stronger and more urgent every minute.

AOC and the Green New Deal are giving us the ground cover and the inspirational leadership required to spread our own wings and stretch to fill the space they open for us. It’s time for the progressive digital sector and its donors to step up with an equally big and audacious vision that can compete in the information war being waged on voters both here in the US and around the globe.

This is a call to arms for the progressive sector, from climate justice to social justice to Democratic candidates.

The time for safe and traditional communications strategies is over. Marketing professionals at all levels of the public sector need to take bigger steps, make a bold and visionary Digital Contract with America. 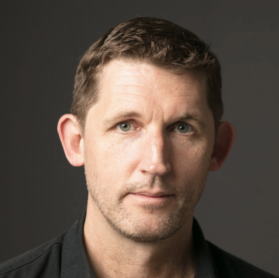 John Eaton is a marketing technology entrepreneur who has spent over a decade helping clients to better understand consumers, voters and markets through innovations in data, process and analytics. He has joined with Art Not War to help raise the bar on digital capabilities in the public sector. John believes that every child should be made to watch Carl Sagan’s Pale Blue Dot multiple times.