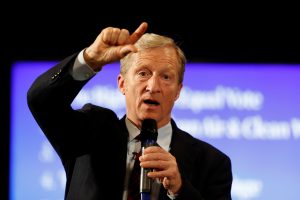 I’ve never considered myself a climate activist, but I am an activist for fact-based public policy. Given that “climate change is a hoax” is the world’s leading fake news story, I decided to accept an invitation to the Earth’s Call climate action conference this past weekend in Aspen, Colorado.

It was the inaugural event, produced in partnership with the John D. And Catherine T. MacArthur Foundation and its new Lever for Change initiative dedicated to solving the climate crisis.

The invite-only conference brought together around a thousand activists, foundation leaders, scientists, marketers, and politicians to increase awareness and better integrate the various and disparate communities of climate activists and researchers.

When Tom Steyer described FDR taking control of Detroit’s automotive manufacturing and converting it to wartime production, he 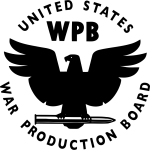 was describing the War Production Board (WPB), which was an agency of the United States government that supervised war production during World War II. President Franklin D. Roosevelt established it in January 1942.

The WPB directed the conversion of industries from peacetime work to war needs, allocated materials, established priorities in the distribution of materials and services, and prohibited nonessential production. It rationed such commodities as gasoline, heating oil, metals, rubber, paper and plastics. It was dissolved shortly after the defeat of Japan in 1945, and was replaced by the Civilian Production Administration in late 1945. 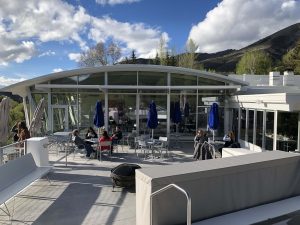 The Walter Issacson Center at the Aspen Institute hosted the welcome center for Earth’s Call.

The most famous speaker and a backer of the conference was billionaire hedge-fund activist Tom Steyer, who participated on a panel called “Target 2030,” which also featured the CEOs of Unicef, B Lab and Greenhope.

Steyer’s message was that two critical things need to happen: 1) “2C,” which means we need to stop a two centigrade rise in global average temperatures; and, 2) “Democracy!” … the key challenge being to restore “people power” and remove the influence of too much corporate power.

Anyone who follows current events knows that Steyer’s focus has been on number 2: specifically, the goal of, as Steyer said, “impeaching the world’s biggest climate denier.” Steyer also talked about his support of underrepresented voting populations, especially under-30 voters. Steyer said that his support of youth voting initiatives led to an increase in under-30 voters from a 21% turnout in the 2014 midterms to 31% in the 2018 elections.

As an example of the power of politics to create the change needed to hit 2030 targets, Steyer offered the following anecdote, “FDR told Detroit they needed to ramp up production of military equipment to support America’s entry into World War II. They said, ‘we’ll give you 20% of our production capacity.’ But FDR responded, ‘100% or I’ll shut you down.’”

While there was a conference session called “Science & Big Ideas,” the majority of the agenda focussed on the spiritual, psychological and communications actions needed to create climate action and restore Earth’s atmosphere to more sustainable levels.

The science panel featured Larry Kopald, the CEO of the Carbon Underground. At the kick-off concert on Saturday night, which featured Patti LaBelle and the Alan Parsons Project, Kopald unveiled his organization’s initiative to restore healthy soil around the planet. Soil that has high microbial content and vegetation is one of the best and fastest ways to remove excess carbon from the atmosphere, and the Carbon Underground has created a way to allow for individual investors to contribute as little as $5 and sponsor a one-meter patch of renewed soil.

One of the few scientists who did attend was Dr. Laura K. Marsh, an ecologist and physical anthropologist who received publicity recently for discovering five new species of monkey in the Amazon. Dr. Marsh has uncovered some important new data about species decline and the related ecosystem conditions needed to support a healthy environment through her leadership on the successful expedition Houseboat Amazon and as Executive Director and Co-Founder of the Global Conservation Institute.

“I was hoping for a better organized effort to unite all of us who came to Earth’s Call into a specific network or platform,” said Marsh, adding, “It’s not clear what I’m supposed to do next. Is the conference just a conference to support networking or is it a platform that will keep us all engaged and working together moving forward on specific actionable items?”

Despite the disappointment, Dr. Marsh was encouraged by interactions she had with people working in media who also have interest in moving the environmental narrative forward.

A key takeaway from the event, and a theme that cut across all of the sessions I attended, was the idea that we need to think and act as stewards of the Earth, rather than as a community of people separated from nature.

In a powerful performance delivered at the opening ceremony on Sunday morning, members of the local Ute tribe gave prayers, including a memorial to their ancestors who had died on the land in and around Aspen at the hands of white colonialists.

The call to live in concert with the Earth, rather than to simply extract from it was echoed by Faith Legendre, a circular economy solutions strategist. On a panel called “The Cultural Tipping Point — Marketing the New Green,” Legendre described a circular economy as a sustainable model in which businesses achieve growth by minimizing waste and making the most of resources.

It’s encouraging to see the climate activist community pulling together, sharing strategies, and building the network. Hopefully, Earth’s Call will help forge a platform that leverages all of the passions, strengths and experiences of everyone who gathered last weekend in Aspen. Stopping “2C” may depend on it.