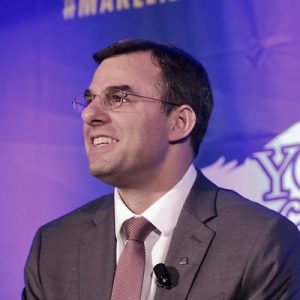 Today, Amash laid out on Twitter a 25-Tweet case for impeaching Attorney General Barr. He explains in detail the various ways that Barr lied about the Mueller report and intentionally misrepresented its contents to the American people.

The key issue Amash has with Barr’s account of the report is that he completely leaves out the reason why Mueller declined to pass judgment on the obstruction of Justice evidence that he laid out in great detail in the report. 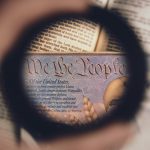 “Mueller’s report says he chose not to decide whether Trump broke the law because there’s an official DoJ opinion that indicting a sitting president is unconstitutional, and because of concerns about impacting the president’s ability to govern and pre-empting possible impeachment.

Barr’s letter doesn’t mention those issues when explaining why Mueller chose not to make a prosecutorial decision. He instead selectively quotes Mueller in a way that makes it sound—falsely—as if Mueller’s decision stemmed from legal/factual issues specific to Trump’s actions”

This intentional omission by Attorney General Barr amounts to an intentional lie told to deceive the American people.

Amash goes on to outline several more lies told by the Barr and the president that are revealed in the Mueller report. He notes that even though Mueller did not find enough evidence to convict the president on charges of conspiracy, which holds an extremely high threshold to convict, Amash says Mueller found troubling connections between Trump and Russia:

“In truth, Mueller’s report describes concerning contacts between members of Trump’s campaign and people in or connected to the Russian government.

It’s wrong to suggest that the fact that Mueller did not choose to indict anyone for this means there wasn’t a basis to investigate whether it amounted to a crime or “collusion,” or whether it was in fact part of Russia’s efforts to help Trump’s candidacy.”

Amash goes on to outline how the report makes it clear that Mueller was frustrated by Trump’s incomplete written answers to his questions and his unwillingness to sit for an in-person interview. This directly contradicts Trump’s often-stated claim that he’s the most transparent president ever and gave Mueller everything he wanted.

Amash calls on all Americans to read the Mueller Report and push back on Barr’s and all of the repeated Republican lies that continue to misrepresent the report.

It’s no wonder the Freedom Caucus was able to gain and wield so much power in the GOP these past few years, given that it had extremely principled and thoughtful lawyers like Amash at its helm. It’s a shame he’s the only member of the Freedom Caucus who has read the Mueller Report and seen all of the lies by Barr and Trump as clearly as the rest of America sees them.

It’s also a shame that more Democrats haven’t been this forceful in calling out Barr’s lies. Hopefully, they will use this Twitter essay as the basis for starting an impeachment inquiry into Attorney General Barr.