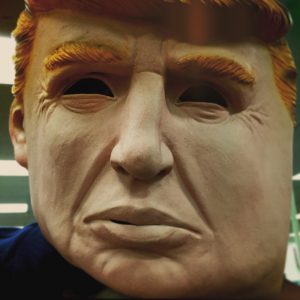 Either he’s a natural at it, or President Trump is being coached on classic Russian propaganda techniques. The president’s defense of his own racist Tweets is the latest chapter in what is knows as the “4D Approach” to propaganda: dismiss, distract, distort, and dismay.

An example of this approach could be seen during Russia’s invasion of Ukraine four years ago. British-based analyst of Russian information warfare and strategy, Ben Nimmo, described how Russian President, Vladimir Putin spins facts to misinform the public:

“On April 16, 2015, one month after Russian soldiers entered eastern Ukraine and joined Moscow-backed separatists in the slaughter of more than 130 Ukrainian troops in a town called Debaltseve, Russian President Vladimir Putin continued to perpetuate a claim that was growing increasingly ludicrous. “I can tell you outright and unequivocally that there are no Russian troops in Ukraine,” he declared in a broadcast to the Russian people. 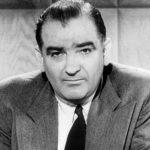 The first “Red Scare” took place in the U.S. from 1917 to 1920 following the Bolshevik Revolution in Russia. During the Second Red Scare, from 1947 to 1956, a political movement took root based on the beliefs and tactics of Senator Joseph McCarthy (R-WI). “McCarthyism” was marked by the acceleration of political attacks, aggressive investigations, and the targeting and questioning of private citizens accused of aligning with communist Russia. Most of these attacks were unfounded, but dangerous, false accusations led to many ruined careers. Often, those targeted were television, radio, and media professionals falsely suspected of spreading communist propaganda.

The denial was a classic propaganda move. “The first Russian approach to negative reporting or comment is to dismiss it, either by denying the allegations on the ground, or denigrating the one who makes them.”

One could see all four pillars of the 4D Approach to propaganda at play in President Trump’s Tweets about “the Squad” (Reps. Rashida Tlaib, Ilhan Omar, Alexandria Ocasio-Cortez and Ayanna Pressley). The Washington Post’s Kathleen Parker exposes the distraction that motivated the entire Tweet storm:

“While Trump was doubling down on his controversial tweets, Epstein was attending his bail hearing. At the hearing, prosecutors revealed that the contents of a locked safe in Epstein’s Manhattan mansion allegedly included diamonds, cash — and a bogus and outdated passport with Epstein’s photograph, a different name and an address in Saudi Arabia.

Coincidence? Maybe. But, really? What’s clear is that Trump wants to distance himself from Epstein.”

While the Tweets about the Squad were meant as a Distraction, the follow-up defenses used the techniques of Dismissal, Distortion and Dismay.

The Dismissal and Distortion started immediately, with South Carolina Senator Lindsay Graham saying the president’s Tweets were justified because the Squad are un-American Communists. The president quickly picked up on the line, and not only did he double-down on his comments, but he spread Dismay by attacking Nancy Pelosi and anyone accusing him of racism as being the real racists.

And, it appears that the majority of Trump’s base approves of his argument and the episode has given him a boost in opinion polls. I just heard a caller on a political talk radio show say that “he’d rather have a racist than a communist in the White House,” and feels that is the choice he has to make in 2020.

So, how did this turn into a propaganda victory for the president that leaves liberals weakened and united behind a group of four democratic socialists/communists who are now the face of the Democratic party?

It started on June 18, 2019, when Congresswomen Alexandria Ocasio-Cortez Tweeted:

“This administration has established concentration camps on the southern border of the United States for immigrants, where they are being brutalized with dehumanizing conditions and dying.

This is not hyperbole. It is the conclusion of expert analysis”

And the expert analysis was an article she posted from Esquire, quoting Andrea Pitzer, author of One Long Night: A Global History of Concentration Camps.

Ocasio-Cortez followed up on YouTube, making the argument that the academic or text-book definition of “concentration camp” does not necessarily mean “death camp.”

“I want to talk to the people that are concerned enough with humanity to say that ‘Never Again’ means something,” she said, invoking a phrase Jews use when discussing the importance of remembering the Holocaust. “The fact that concentration camps are now an institutionalized practice in the home of the free is extraordinarily disturbing and we need to do something about it.”

From Merriam-Webster Dictionary, AOC is using the first part, and ignoring the common interpretation of the second part of the definition:

a place where large numbers of people (such as prisoners of war, political prisoners, refugees, or the members of an ethnic or religious minority) are detained or confined under armed guard — used especially in reference to camps created by the Nazis in World War II for the internment and persecution of Jews and other prisoners.

The congresswoman’s choice of rhetoric is fraught with difficulty because in common vernacular, “concentration camp” means “death camp” and there is no distinction in the minds of I would guess 80% of Americans.

The challenge is that like AOC and many on the Left, I do believe that the Trump Administration is checking off nearly all the items on the fascist dictator’s playbook, including:

So, now there’s this double-bind, because if the Left uses the word “fascist,” then Trump can just say, “See, I wasn’t being racist, I was just calling them out for being un-American Communists who accuse our good people of running concentration camps.” 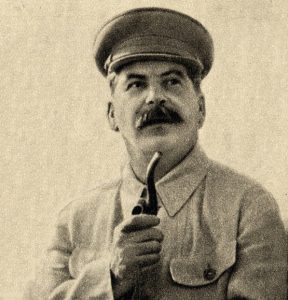 Josef Stalin was a brutal, socialist dictator who murdered 30 million Russians as leader of the USSR. GOP messaging regularly equates him with Alexandria Ocasio-Cortez and Bernie Sanders, but when Democrats call Trump a fascist they get an immediate backlash.

Now the president has cover, and they will continue to leverage 75 years of Red Scare propaganda and call us Socialists and Communists, implying the most violent, genocidal extremes of those ideologies, whereas if we warn that Trump is acting like a fascist, then we’re being un-American and racist. That’s a reality known as the Overton Window, which says there are well-defined boundaries of acceptable ideas and discourse in politics.

Perhaps a way to thread the needle is to hold off on using the words “concentration camp,” “fascism,” and “genocide”? They seem to be doing more harm than good.

Former GOP strategist Steve Schmidt, may have found a better messaging formula. Listen to this interview he gave last year with MSNBC’s Chris Hayes, where he uses words such as,

“internment camps,” “autocrat,” “totalitarianism,” “an enemy of liberal democracy,” “a leader who says ‘I am above the law’,” “far-right ethno nationalist party”, “an authoritarian”, and “un-American.”

But, he refrains from the loaded terms “fascist,” “genocide,” and “concentration camp,” which have specific connotations and are usually associated with 1940s Nazis, which seems like an out of bounds usage of those terms for most Americans. He also refrains from using the word “racist.”

To compete and win against Trump’s 4D propaganda strategy of “dismiss, distract, distort, and dismay,” Democrats must find a way to raise alarms and tell stories that are accurate, factual, and emotional, but do so in a way that doesn’t get used against them.

According to MFT, the Left cares much more about solving for Oppression and the Right cares more about protecting for Sanctity and Liberty.

Most people who support Trump and vote Republican know that there is real racism and they know it is a real problem. But, they don’t think racism is as big of a problem as the Left makes it out to be. Most Trump supporters are not saying that racism is not a problem at all, but they are saying that by the Left continually focusing on the problem of racism and calling everyone on the Right a racist, it makes the problem worse.

Similarly, the Left thinks the Right is making way too big of a deal about border security and illegal immigration. Nearly everyone on the Left agrees that border security is a problem, just not that it is an existential threat and such a BIG problem.

The whole point of our Constitutional form of government is so that we have a way to reach compromises when there are competing priorities like these.

Donald Trump’s slogans like “Build the Wall,” “Drain the Swamp,” and “Lock her Up” came from an extensive testing and research effort led by Cambridge Analytica, which deployed weapons grade psychological warfare tools on behalf of the Trump campaign. Perhaps AOC could tap into an advanced message-testing platform before she makes her next messaging push?

Our challenge is to fight in this information war in an ethical way, while confronting a propaganda machine invented and perfected by Russian authoritarians and libertarian billionaires willing to win at all costs.

The Democrats’ ability to compete and win in 2020 and beyond depends on getting in the fight and winning a bunch of messaging battles, and quickly.