Crypto-Populism: Can Bitcoin Give Power to the People? 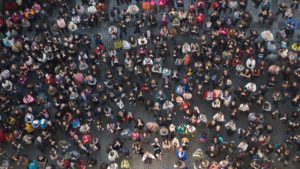 Cryptocurrencies like Bitcoin were created to make banks and other middlemen unnecessary. photo: shutterstock

The original purpose of Bitcoin was as a revolutionary technology launched against a corrupt economic system. Instead of traditional capitalist forces like innovation, risk, and hard work, the global economy had been captured by finance capitalism in which financial services had grown from around 10% of US GDP in 1947 to more than 20% by 2016. This growth was unsustainable because it meant rich bankers were extracting massive wealth out of the economy, mostly from middle-class borrowers, without creating new technologies, new industries, or more jobs.

“Satoshi Nakamoto,” the mysterious inventor of Bitcoin, wanted to find a way to make banks obsolete and perhaps even to stick it to them for their market manipulations that destroyed the economy in 2008. Wall Street bankers had just been bailed out and stayed insanely rich, while millions of average investors around the globe lost their life’s savings and their jobs.

Nakamoto may have been looking for a way to get revenge on the banks, but he/she/they was certainly looking for a way to build a more efficient financial system, one that was truly global and completely independent from both central banks and traditional financial institutions. Any currency, even gold, is nothing more than an agreed-upon medium of exchange. And if the distributed ledger technology called blockchain could manufacture trust, create security, and prevent fraud in a proficient and credible way, then Bitcoin or any currency using that technology could potentially become a new and better medium of exchange. 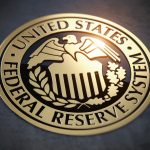 The Federal Reserve System is the central banking system of the United States of America. It was created on December 23, 1913, with the enactment of the Federal Reserve Act, after a series of financial panics (particularly the panic of 1907) led to the desire for central control of the monetary system in order to alleviate financial crises.

The U.S. Congress established three key objectives for monetary policy in the Federal Reserve Act: maximizing employment, stabilizing prices, and moderating long-term interest rates. The first two objectives are sometimes referred to as the Federal Reserve’s dual mandate. Its duties have expanded over the years, and currently also include supervising and regulating banks, maintaining the stability of the financial system, and providing financial services to depository institutions, the U.S. government, and foreign official institutions.

The laissez faire finance capitalism of the Clinton-Bush era that led to the 2009 real estate bubble was the epitome of Karl Marx’s prediction about capitalism overcoming limits it could not abide. Instead of an economy where human capital and monetary resources are efficiently distributed by market forces in a way that creates new industries, new jobs, and rising prosperity for all like we had from 1932 until 1981, we had started to hit a limit created by the availability of water, land, advancements in new technology like AI and robotics that replace more jobs than they create, and by climate change.

This is aptly illustrated by physicist Ted Slavin in his Ted Talk, “How algorithms shape our world” in which he talks about the increasing use of high frequency trading algorithms on Wall Street. He notes that at the peak of the 2009 financial crises there were 2,000 physicists working in investment banks developing those algorithms. What those algorithms do is give people who are already rich an unfair trading advantage over the average investor.

So, instead of those physicists developing new machines or technologies that create new industries and new jobs on Main Street, those physicists were all working on Wall Street helping rich people get even richer while the middle class and poor Americans were falling further behind.

And this is what happens when capitalism hits unsurmountable limits and is not able to create new industries with new good paying jobs for the average citizen. The entire real estate bubble of the Bush era was nothing more than a way to artificially prop up an economy that was no longer able to produce the good paying middle class jobs like we had in the 20th century. It was simply delaying the inevitable.

Bitcoin, Ethereum, Cardano and hundreds of other cryptocurrencies represent a reaction against our late form of capitalism that helps the rich get infinitely richer while everyone else falls further behind, working longer and harder for less and becoming poorer and sicker. The fundamental change needed to create an economy that works better for more people will not come from within the current system. Outside disruptive forces are needed to create real change. The Redditors who recently pushed GameStop stock are similarly revealing a fraud of Wall Street and the power of decentralized crowds to control markets. Because bitcoin makes central banks obsolete, cryptocurrency has been enthusiastically adopted by libertarians who see the US Federal Reserve as the root of all evil. Certainly, populists on both the left and the right are drawn to crypto.

While institutional investors like Grayscale, Goldman Sachs, and JP Morgan jump on the crypto bandwagon, others like Bank of America view it as more of an existential threat and one in which they see central banks pushing back on with their own digital currencies. As Market Insider reported:

“Beside the environmental impact, the report also discusses social and governance risks associated with investing in bitcoin, which Bank of America says should not be underestimated. Democratisation and decentralisation of money have value, “But negatives outweigh. Anonymity aids nefarious activities,” it said.”

BofA underestimates the need for fundamental change to our economic system while claiming to see that cryptocurrencies are a valid decentralized and populist movement. But they won’t embrace a technology that intentionally seeks to disrupt and transform existing power structures, structures that are increasingly authoritarian and antidemocratic.

The anonymity aspect that worries BofA and that makes crypto useful for online criminal activity also points to another downside of Bitcoin and other cryptocurrencies: inequitable distribution of the currency in which a handful of anonymous “whales” own and control 90% or more of the total supply of the crypto.

Imagine if Bitcoin did in fact rise to replace the US dollar as the world’s reserve currency, as some predict. It would be like having a Federal Reserve Board that is completely anonymous and unaccountable to any government or outside body. And this concentration of wealth is only the tip of the iceberg. Most crypto projects give massive advantage to the founders and early investors of a coin, passing on most of the risk to the newbies who are often prayed upon by scammers and pump and dump schemes. Just like with lotteries and Ponzi schemes, the little guy gets rekt.

Another main downside to the long-term viability of Bitcoin is as BofA notes its reliance on proof-of-work mining often done by vast farms of powerful computers powered by fossil fuels. Brittany Kaiser’s Gryphon Digital Mining is but one of several crypto projects using 100% green energy to mine it.

So, cryptocurrency has some work to do. There need to exist blockchain and cryptocurrency projects that remain faithful to the original Satoshi vision of making banks unnecessary by democratizing money and making it truly a commodity that is of, by and for the people.  They must do this with a more equitable distribution of coins that cannot be controlled by a small, anonymous or unaccountable group. And, crypto must become massively more energy efficient. Crypto is not perfect, but it may hold keys to a better future. Bitcoin will most certainly not be the crypto that lives up to Satoshi’s original, democratic vision for cryptocurrency, but I’m hopeful that an emerging currency or one currently on the market may soon fulfill that role.