Myth: The US isn’t a Democracy, it’s a republic.
Fact: We are a Constitutional Republic AND a Democracy. That’s because a republic is a form of Democracy.

The existence of voting representatives gives us the “republic” part of our government. But we also have the Senate to balance out power between states–that is, to keep larger states from overpowering smaller states–and the House of Representatives to accurately represent the citizenry of states based on population. 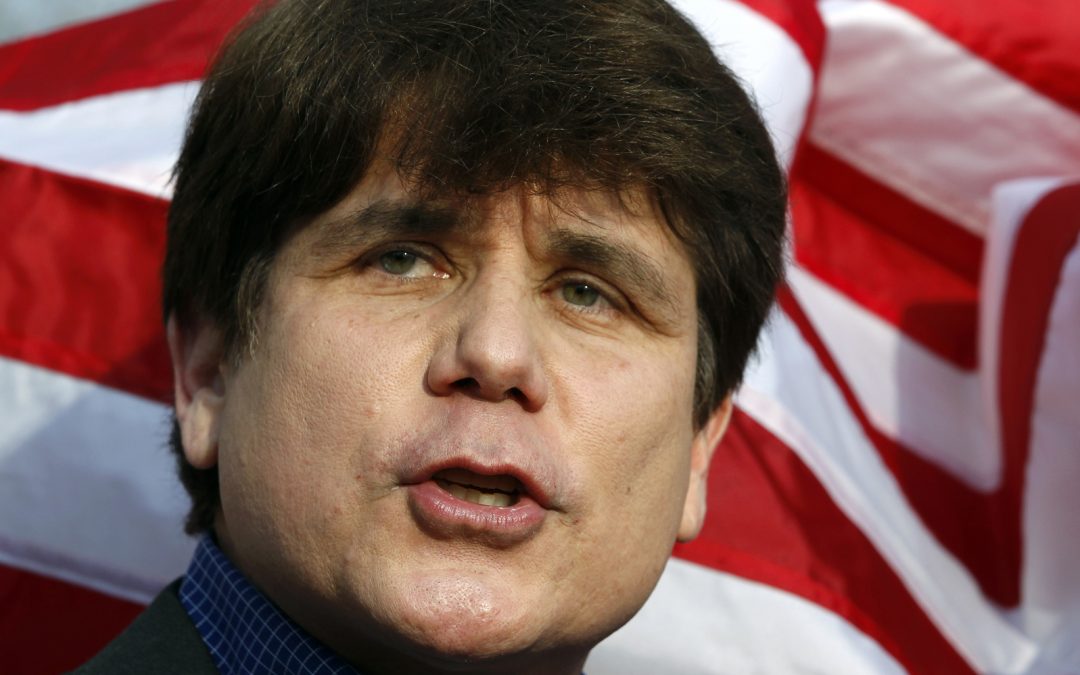 Since President Trump’s impeachment acquittal in the Senate a few weeks ago, he’s become quite fond of putting his thumb on the scales of justice.  Today, during his press conference at Andrews Airforce base, the president said of some recent court cases,... 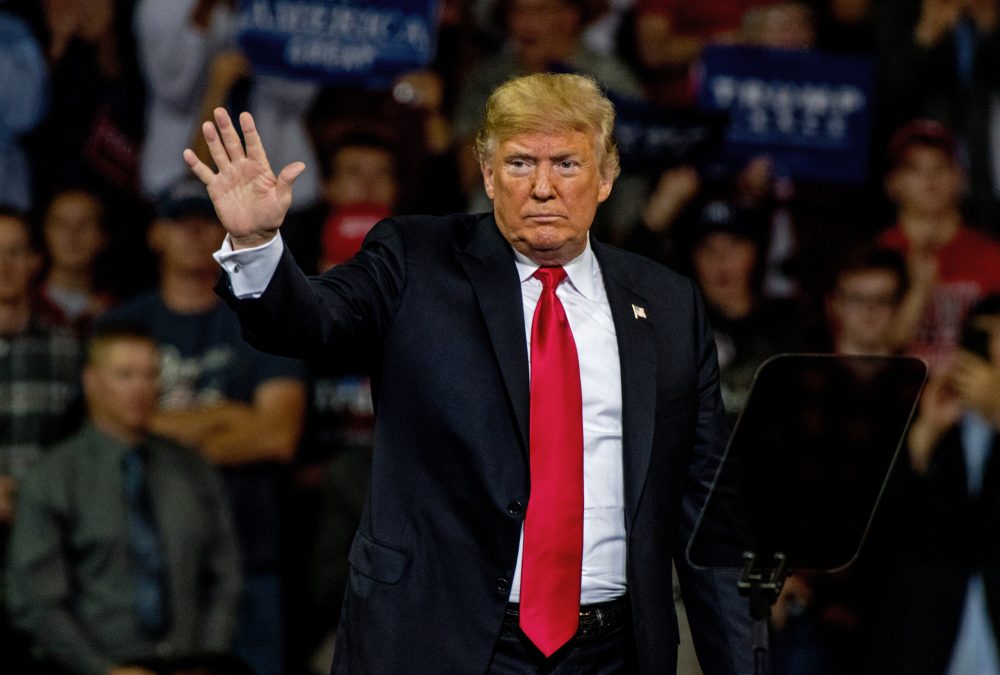 On Tuesday, President Trump sent shockwaves throughout the country when he suggested putting an end to birthright citizenship—a Constitutional right protected by the 14th Amendment. The move has drawn ire from both sides of the political aisle.

END_OF_DOCUMENT_TOKEN_TO_BE_REPLACED 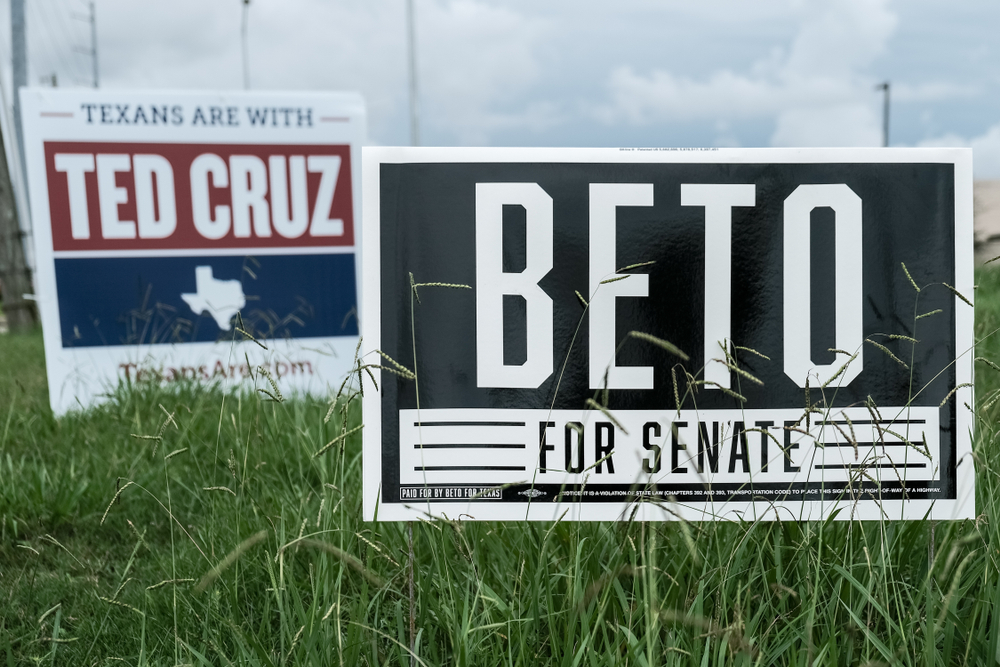 Voters in Texas are crying foul over an alleged glitch in the state’s electronic voting system. According to the Associated Press, the machines are used in approximately 30 percent of counties statewide. Both Democratic and Republican voters have reported the issue.

END_OF_DOCUMENT_TOKEN_TO_BE_REPLACED 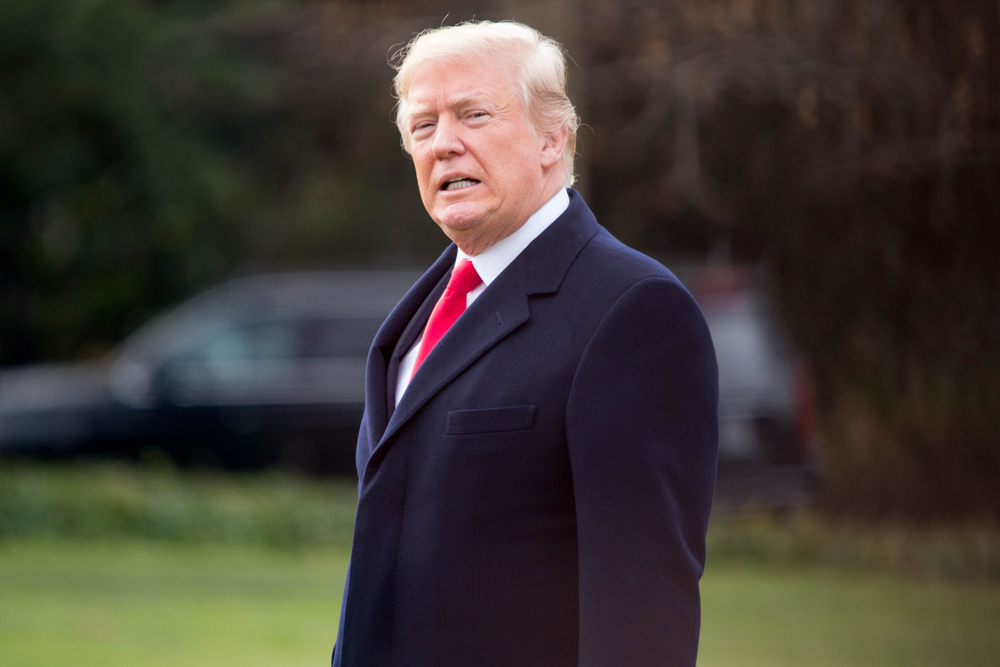 U.S. intelligence officials say Russian and Chinese agents are gaining valuable insights from the president’s private phone conversations, including how to best persuade him. The president vehemently denies these claims.

END_OF_DOCUMENT_TOKEN_TO_BE_REPLACED 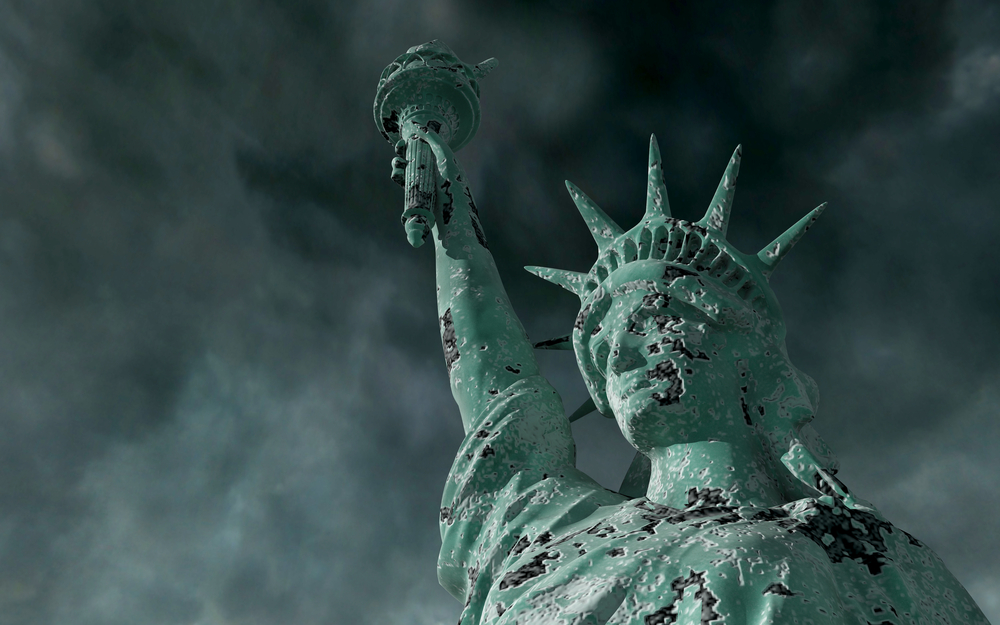 On Monday, a bomb was delivered to the home of philanthropic billionaire George Soros, who frequently supports progressive causes. Now, his son is speaking out about what he views as a threat against “the future of American democracy.”

END_OF_DOCUMENT_TOKEN_TO_BE_REPLACED 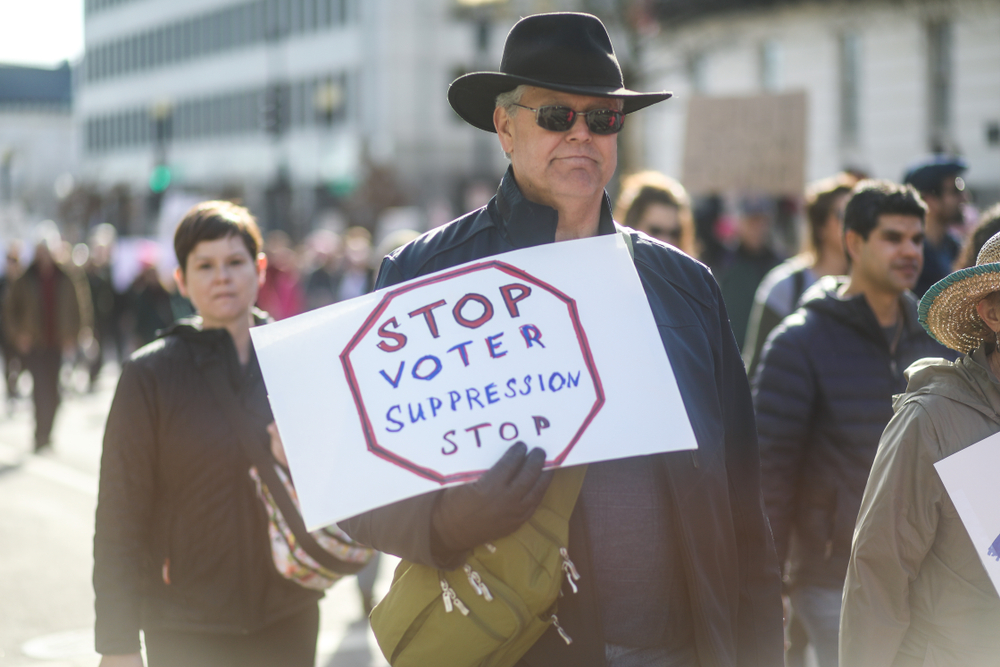 The purge is legal under the state’s “use it or lose it” law, which allows people to be removed from the voter rolls if they haven’t voted, responded to a notice, or contacted election officials within a three-year period.

END_OF_DOCUMENT_TOKEN_TO_BE_REPLACED 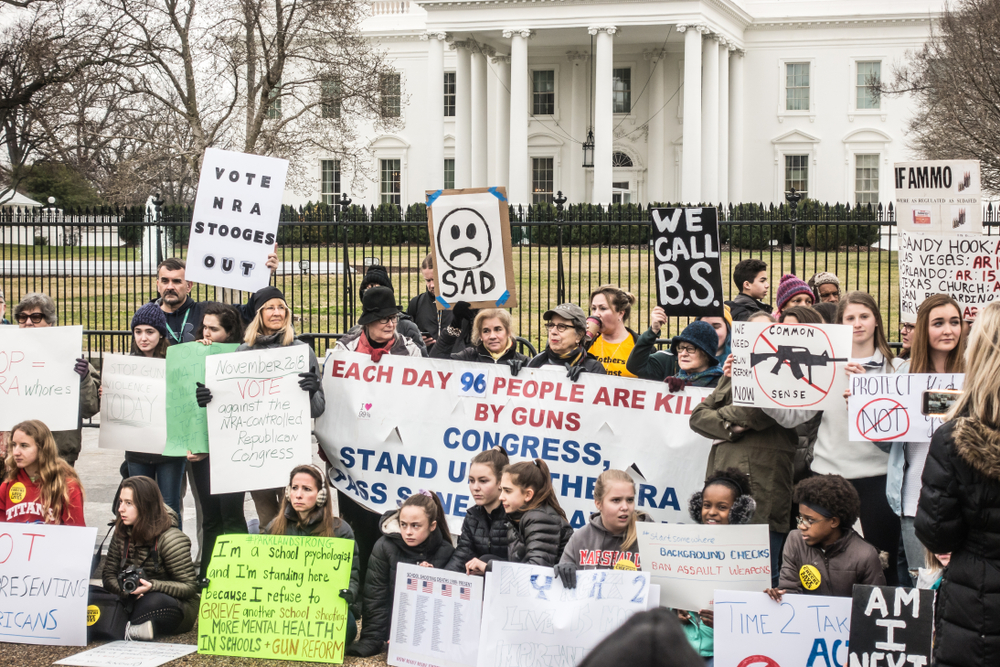 GOP’s Trend of Demonizing Dissent Should Be a Warning

From wanting to forbid protests in public areas of Washington, D.C., to a constant stream of performative victimization, President Trump and the Republican party “have all agreed on a central message: Democratic protest is wrong and dangerous in itself.”

END_OF_DOCUMENT_TOKEN_TO_BE_REPLACED 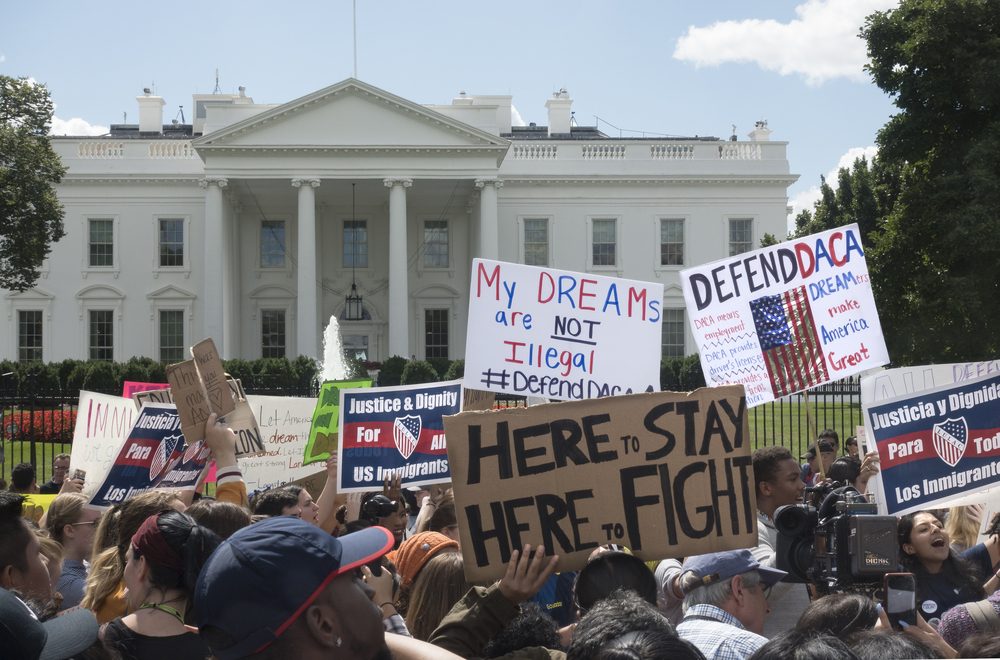 Trump Administration Wants to Crack Down on Protests

The Trump administration has proposed a new rule that would severely limit the number of protests that can take place in Washington, D.C. According to Newsweek, the public would be banned from gathering along the north sidewalk of the White House and at the National Mall.

END_OF_DOCUMENT_TOKEN_TO_BE_REPLACED 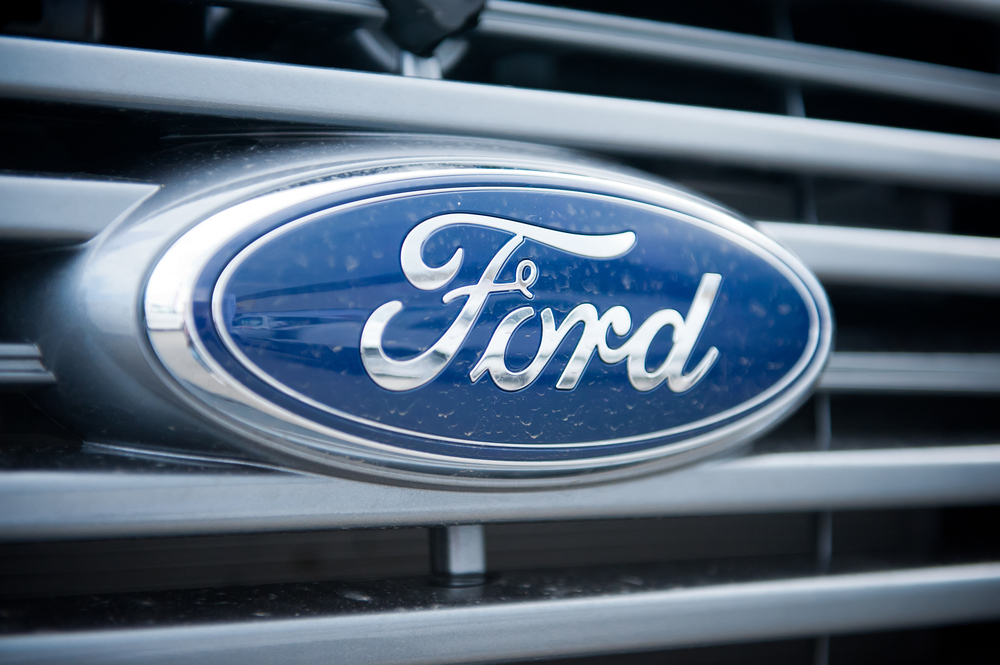 American automaker Ford has announced that it will be laying off thousands of workers in an effort cut costs and remain competitive in the marketplace. According to Morgan Stanley, Ford plans to reduce its workforce by approximately 12 percent.

END_OF_DOCUMENT_TOKEN_TO_BE_REPLACED 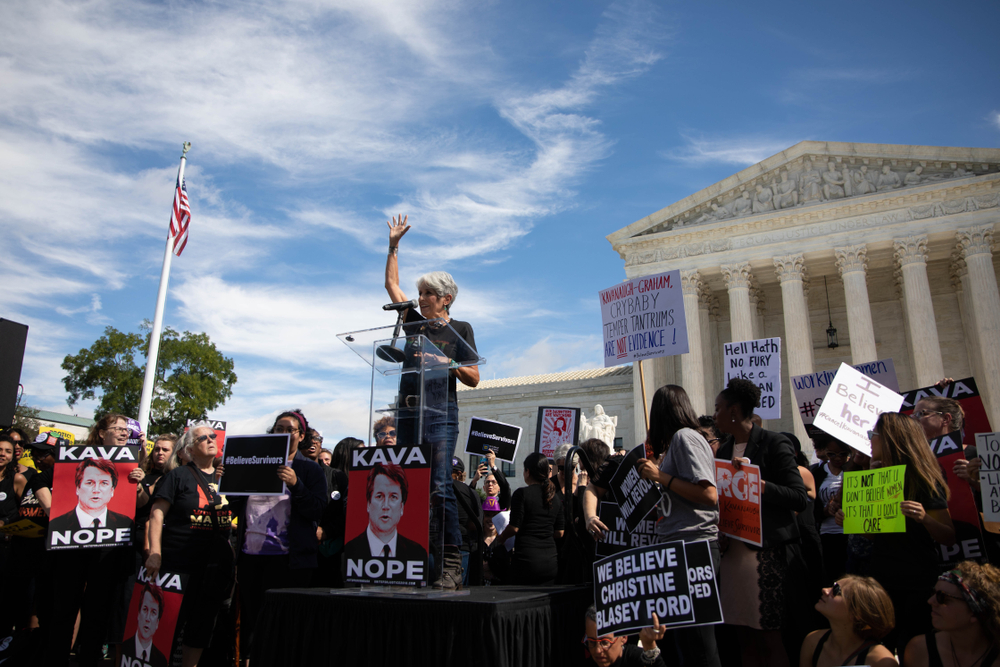 President Trump’s latest conspiracy theory is that wealthy liberal donors hired people to picket Brett Kavanaugh’s Supreme Court confirmation hearings. Ana Maria Archila, one of the activists who cornered Sen. Jeff Flake (R-AZ) in an elevator, vehemently denied that she was paid to do so.